Social Media Passwords at the Border

The undersigned coalition of human rights and civil liberties organizations, trade associations, and experts in security, technology, and the law expresses deep concern about the comments made by Secretary John Kelly at the House Homeland Security Committee hearing on February 7th, 2017, suggesting the Department of Homeland Security could require non-citizens to provide the passwords to their social media accounts as a condition of entering the country.

We recognize the important role that DHS plays in protecting the United States' borders and the challenges it faces in keeping the U.S. safe, but demanding passwords or other account credentials without cause will fail to increase the security of U.S. citizens and is a direct assault on fundamental rights.

This proposal would enable border officials to invade people's privacy by examining years of private emails, texts, and messages. It would expose travelers and everyone in their social networks, including potentially millions of U.S. citizens, to excessive, unjustified scrutiny. And it would discourage people from using online services or taking their devices with them while traveling, and would discourage travel for business, tourism, and journalism.

Demands from U.S. border officials for passwords to social media accounts will also set a precedent that may ultimately affect all travelers around the world. This demand is likely to be mirrored by foreign governments, which will demand passwords from U.S. citizens when they seek entry to foreign countries. This would compromise U.S. economic security, cybersecurity, and national security, as well as damage the U.S.'s relationships with foreign governments and their citizenry.

Policies to demand passwords as a condition of travel, as well as more general efforts to force individuals to disclose their online activity, including potentially years' worth of private and public communications, create an intense chilling effect on individuals. Freedom of expression and press rights, access to information, rights of association, and religious liberty are all put at risk by these policies.

The first rule of online security is simple: Do not share your passwords. No government agency should undermine security, privacy, and other rights with a blanket policy of demanding passwords from individuals.

"In response to requests for additional time, the Department of Commerce is extending the closing deadline for submitting comments to a request for public comments entitled "The Benefits, Challenges, and Potential Roles for the Government in Fostering the Advancement of the Internet of Things." 82 FR 4313 (Jan. 13, 2017).  In the request for comment, the Department is seeking broad input from all interested stakeholders -- including the private industry, researchers, academia, and civil society -- on the issues and proposed approach, current initiatives, and next steps laid out in the green paper "Fostering the Advancement of the Internet of Things."  Through this notice, the Department extends the comment period to March 13, 2017. "
at 12:30 PM No comments: 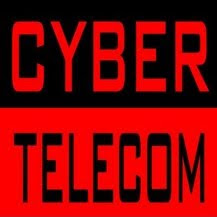 Mitigating the Increasing Risks of an Insecure Internet of Things

Are My Emails Beyond the Grasp of the U.S. Government? WJLTA https://wjlta.com/2017/02/14/are-my-emails-beyond-the-grasp-of-the-u-s-government/

Lawsuit filed against Spectrum (Charter) for $9.99 wifi activation fee, Tampa Bay Times Feb. 9 2017 http://www.tampabay.com/news/business/class-action-lawsuit-filed-again-spectrum-for-999-wifi-activation-fee/2312652 ("Memmer is one of more than a million former Bright House Networks customers Spectrum acquired when Charter bought the company in a deal finalized in May. The suit said Spectrum "illegitimately asserted" that Memmer "had newly enrolled in WiFi service" when she had, in fact, done no such thing.")

On February 1, 1995, Senator James Exon (D-Neb.) attempted to do what had never been done before--regulate speech on the Internet. Introducing the Communications Decency Amendment (CDA), Senator Exon declared a danger to society: Barbarian pornographers are at the gate and they are using the Internet to gain access to the youth of America. Senator Exon proclaimed:

The information superhighway should not become a red light district. This legislation will keep that from happening and extend the standards of decency which have protected telephone users to new telecommunications devices.

Once passed, our children and families will be better protected from those who would electronically cruise the digital world to engage children in inappropriate communications and introductions. The Decency Act will also clearly protect citizens from electronic stalking and protect the sanctuary of the home from uninvited indecencies.

In a year of deregulation, Senator Exon called for more regulation. In the year when Speaker of the House Newt Gingrich placed the House of Representatives on the Internet, praising it as a landmark for democracy, Senator Exon warned America that the Internet was filled with dark places from which we needed government protection. In a year where Internet users were proclaiming the infinite utility of the World Wide Web, Senator Exon, who has apparently no Internet experience, declared a danger.

The Communications Decency Act would be passed one year later as an amendment to the Telecommunications Act of 1996.  It was struck down by a unanimous Supreme Court as a violation of the First Amendment.